Waszul, Wiseau, and Moral Rights on the Internet

Sometimes by choice, but sometimes by fate, artists cede control over their creations. Canadian artist Yarek Waszul lost control over his art when it was memed by a soon-to-be former Republican congressman known for promoting white supremacy.[1]

The Technological "Gaydar" – The Problems with Facial Recognition AI

Often, our environment shapes the way that we see ourselves. If those around us perceive us in a certain way, we may begin to act in accordance with those perceptions. This self-fulfilling prophecy is a significant part of our social lives and the way we interact with our environment. Now imagine that artificial intelligence (AI) software allowed society to publicly label important aspects of your identity from an early age. How would this label affect your self-perception? What effect would it have on your freedom of choice and autonomy?

The Problem with the New York Cybersecurity Guidelines

For most companies, it is only a matter of time before a savvy hacker slips through their Information Technology security infrastructure and accesses material non-public information. Unlike in the past, data breaches now trigger a slew of regulatory hurdles for the victimized company.

The hotly contested 2016 presidential election was replete with misinformation, including widely-shared news stories suggesting that Pope Francis had endorsed Donald Trump for president[1] and that a Washington, D.C.

Finding a Proxy for Net Neutrality

In February 2015, the FCC approved net neutrality rules by classifying broadband as a utility under Title II of the Communications Act[i] and banning paid prioritization of data packages, which would effectively divide the Internet into “fast lanes” and “slow lanes.”[ii] However, in December, Republicans in Congress inserted a rider into the appropriati 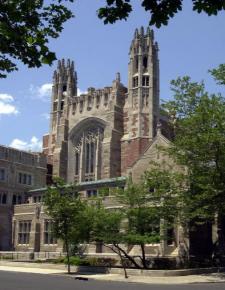